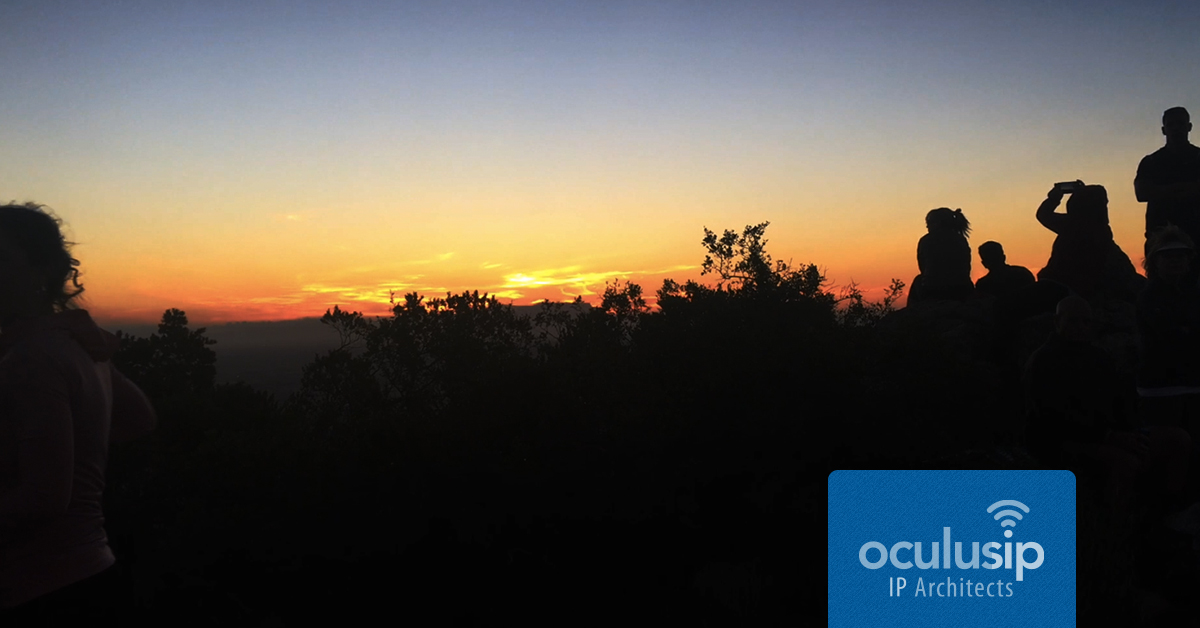 On the 31st of January 2018, three rare lunar conditions coincided at the same time – resulting in a Blue Moon, a Blood Moon and a Super Moon. We decided to venture out after office hours to witness this extremely unusual and rare occurrence.

A Blue Moon is when two full moons appear in the same calendar month. A Super is a phenomenon whereby the moon appears particularly large in the sky, due to the coincidence of its closest approach to the earth (the perigee) with a full (or new) moon. Basically, a full moon that’s closest to the earth in its orbit. In this particular case, the Super Moon also happened on the day of the lunar eclipse, also known as a Blood Moon. The Blood Moon has a red glow because of the shadow of the earth passing over it. All these occurrences took place on the same evening resulting in a spectacular sight we were eager to observe.

At Oculus IP, we have a deep connection with nature and we respect and recognize the well-being of the earth and natural surroundings. This is why we always strive to plan and build our remote deployment rigs with the environment in mind. We camouflage our equipment to the best of our ability and we ensure that our developments and equipment has as little impact on the natural surroundings as possible. That’s the Oculus IP difference.

Keeping your 3cx updated can be a very valuable thing, apart from major version upgrades,…

3CX Receives yet another Award

Need more information?
Send us a quick enquiry, and we will contact you.

Need more information?
Send us a quick enquiry, and we will contact you.